While the figures are currently inconclusive, it is estimated that about 210,000 Irishmen served in the British forces during the war. Over 35,000 were killed. Others enlisted in the U.S.A., Canada, Australia and New Zealand, though the numbers are approximate at present.

Ireland was tense in the lead-up to the outbreak of the war due to the split over Home Rule. The third Home Rule Bill passed through the British parliament on 25 May 1914. However, there was staunch opposition to it amongst unionists. They had founded the Ulster Volunteers to oppose Home Rule and the Irish Volunteers were founded to support it. In September 1914, it was agreed that Home Rule would be postponed until after the war, thereby avoiding the potential for conflict between the two sides.

Members of both volunteer organisations joined-up in their thousands. The Ulster Volunteers wished to show their loyalty in the hope that Home Rule would be abandoned. The Irish Volunteers split, with most – an estimated 180,000 – heeding the call of John Redmond, leader of the Home Rule Party, to support Britain in the war. About 12,000 refused to do so. A small number of those were involved in the 1916 Rising, which was planned in response to the war. Its leaders believed that Britain’s involvement in the conflict favoured the cause of independence and they sought help from Germany in planning the rising.

Before the war, 9% of the British army was Irish. At the beginning of hostilities, there was much propaganda in Ireland about the plight of Belgium, a small Catholic country. German atrocities against Belgian civilians – which did occur – were emphasised and at times exaggerated to encourage men to enlist. The implicit connection was made between fighting for Belgian freedom and that of Ireland.

Recruitment in Ireland remained voluntary throughout the war and an analysis of the statistics shows that it was generally in line with trends in Britain in the early stages of the conflict. However, recruitment declined especially after 1916. Conscription was introduced in Britain in that year and when the government attempted to enforce it here in 1918, there was overwhelming opposition from all sections of society, including the Catholic Church. The plan was dropped.

There were eight infantry regiments recruited in Ireland, each with a specific catchment area.

Each regiment consisted of a number of battalions and each battalion was composed of about 1,000 men.

In addition to the infantry regiments listed above, there were the Irish Guards, with their headquarters in London, and some cavalry regiments including the North Irish Horse and the South Irish Horse.

Regiments were grouped together in brigades and brigades in divisions. Irish regiments made up all or most of three divisions in the British army during the war. The 10th (Irish) Division served in Gallipoli, Salonika (Greece) and Palestine. The 16th (Irish) Division served on the Western Front, including at the Somme and around Ypres. The 36th (Ulster) Division also served on the Western Front and sustained very heavy casualties at the beginning of the Battle of the Somme. 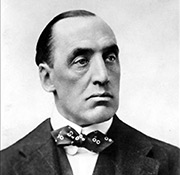 Edward Carson was leader of the Ulster Unionist Party and led unionist opposition to Home Rule in the run-up to the war. He was a member of the war cabinet under Prime Minister David Lloyd George. 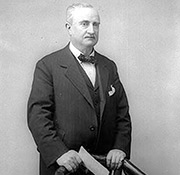 John Redmond was leader of the Home Rule Party from 1900 until his death. Due to his encouragement, the vast majority of Irish Volunteers supported Britain and many enlisted in the British forces. 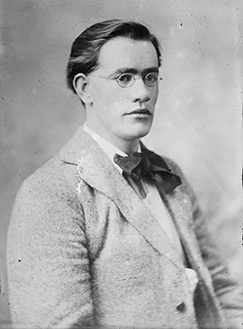 Francis Ledwidge, ‘poet of the blackbirds’, was a trade unionist and nationalist. He was born in Janeville, Slane, Co. Meath. He was largely self- educated and began writing at a young age. Edward Plunkett, Lord Dunsany, became his supporter and patron. Ledwidge was killed near Ypres on 31 July 1917. 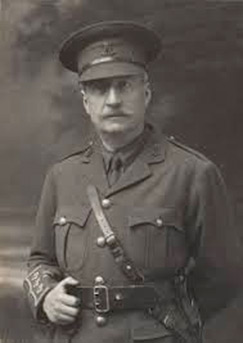 Willie Redmond was the younger brother of John Redmond, the Home Rule Party leader. He was born in Ballytrent, Co. Wexford. A barrister, he was also an agitator for land reform and a determined Home Ruler. The Redmond brothers believed that both the Catholic and Protestant traditions could be reconciled through men from both sides serving in the war. Redmond was killed on the joint offensive by the 16th (Irish) and 36th (Ulster) Divisions on the Messines Ridge near the village of Wytschaete (now Wijtschate). 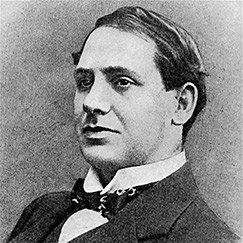 Tom Kettle was an economist, journalist, barrister, writer and Home Rule politician who is best remembered for the poetry he wrote in the field. The best known is the moving To My Daughter Betty, the Gift of God written just days before his death at Ginchy during the Battle of the Somme.