The Great War, or the First World War, was a conflict that changed the world. It began in Europe and involved all of the major powers, including those with global empires. Hence the war was fought on a scale never previously experienced. It was also a war in which new weapons were widely used including the tank and poisoned gas. Trench warfare was one of the distinctive and horrific aspects of the war.

The causes of the war may be summarised briefly as follows:

The Outbreak of War

The incident that sparked off the war was the assassination of Archduke Franz Ferdinand and his wife Sophie in Sarajevo, the capital of Bosnia-Herzegovina, on 28 June 1914. Franz Ferdinand was the heir to the Austro-Hungarian throne. The assassin, Gavrilo Princip, was a Bosnian Serb nationalist. He and a group of associates planned to kill the archduke and were supported by elements in the Serbian intelligence service which armed them.

Austria-Hungary blamed Serbia for the murders and made stringent demands about how it should investigate what happened. Serbia was prepared to meet most of the demands, but the Austro-Hungarians were not willing to compromise. They had Germany’s support which was a deciding factor. Austria-Hungary declared war on Serbia on 28 July.

Russia was a Serbian ally and it declared war on Austria-Hungary. France had to support Russia once it became involved, and that led to war between Germany and France, which was Russia’s ally. Germany had been preparing for such a conflict for several years and had a plan in place. It was initially developed by Alfred von Schlieffen and later modified by Helmuth von Moltke. The plan anticipated a two-front war – against France and Russia – and envisaged Germany initially invading France through Belgium. Once it had delivered the decisive blow to the French, it could then focus its forces against the Russians, whom it assumed would mobilise slowly. Britain was a Belgian ally and once the German army crossed the border into Belgium, Britain had to declare war on Germany on 4 August.

The Ottoman (Turkish) Empire joined Germany and Austria-Hungary soon after the war began.

The Main Theatres of War

There were two main battle fronts in Europe. The Western Front ran from the English Channel to the Swiss border and was noted for its extensive trenches. The Eastern Front extended from the Baltic Sea coast in a south-easterly direction. There were fierce battles fought in the east in the early stages of the war, in which the Russians lost heavily. However, they made gains against the Germans and Austro-Hungarians in 1916, but did not capitalise on them. 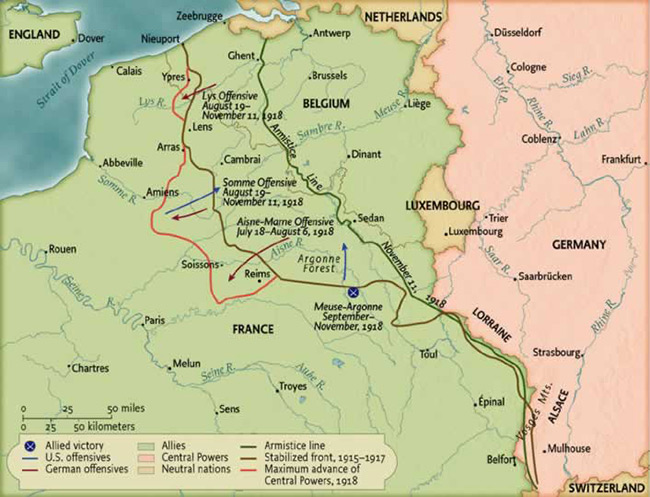 There were also hostilities in the Balkan Peninsula throughout the war. Many Irishmen, including some from Longford, served in Salonika (Greece) and in Bulgaria. Italy joined the Allies in 1915 and fought against Austria-Hungary on its northern border. There was intense fighting in that area including no fewer than ten battles fought along the Isonzo River.

There was fighting on the Gallipoli Peninsula on the western coast of Turkey in 1915, after Allied landings there. The Middle East was another theatre of war, particularly after the beginning of the Arab Revolt in 1916. There was fighting in Africa, mainly in the west and south, as troops based in the colonies of the rival European powers fought one another with help from soldiers recruited locally.

Franz Ferdinand (1863-1914) was a nephew of Emperor Franz Joseph of Austria-Hungary and heir to the throne. Franz Ferdinand and his wife Sophie were in Bosnia to attend military manoeuvres when they were assassinated. 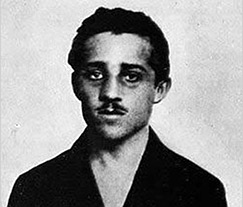 Gavrilo Princip was the assassin of Franz Ferdinand and Sophie. He was a Bosnian Serb and a member of ‘Young Bosnia’, a secret society.
Many Bosnian Serbs and Serbs living in Serbia wished to create a larger Serbian state.
Princip and five others were trained and armed in Belgrade by the ‘Black Hand’, a secret society led by Col. Dimitrijević, the head of Serbian military intelligence. 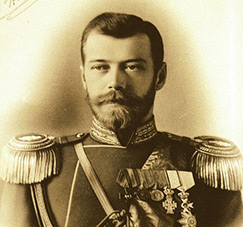 Nicholas II (1868-1918) was Tsar of Russia from 1894 until his overthrow in the revolution of February 1917. He was a cousin of King George V. Nicholas was a weak ruler and incapable of dealing with the problems of his vast empire.
Russia's losses in the earlier stages of the war contributed to the outbreak of the February Revolution. There was another revolution in October 1917 in which the Bolsheviks seized power. He and his family were murdered in 1918. 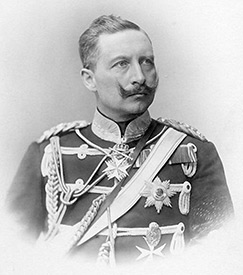 Wilhelm 11 (1859-1941) became Kaiser (emperor) of Germany in 1888. He was a grandson of Queen Victoria and a first cousin of King George V. Despite this, and his respect for Britain, he pursued a foreign policy that alienated it. That policy helped to forge an alliance between Britain, France and Russia. Wilhelm believed that Germany should be a world power. To that end, he favoured the development of the navy, which was viewed as highly provocative by the British. He supported Austria-Hungary following the assassination of Franz Ferdinand.